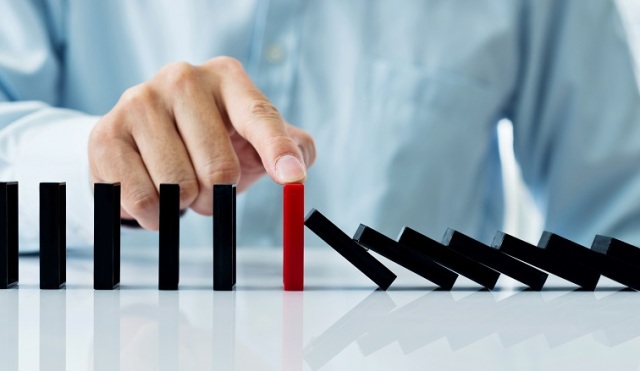 If you’ve studied the book of Job from the Bible, you might have been left with more questions than answers. If you haven’t read Job, here’s the CliffsNotes version.

When I read the Bible, I try to find me in the story. In this case, I see 1988 and a small town Kansas boy about to begin a journey he could not have imagined. The road he intended to travel was interrupted. It wasn’t a detour; it was a completely new route to unknown lands.

Here’s what I’ve learned. God’s plans are greater; He is so much bigger than my limited perspective.

As a 17 year old senior at Oxford high school, I had simple goals. I wanted to play college football. I wanted to marry a pretty girl and be a dad. I imagined living in a rural setting, maybe a bit of land to hunt and fish, a decent job.

The story begins… I attended a tiny high school (120 students, total, grades 9-12). No colleges recruited my school. All I knew of college football was what I watched on television. No one from the Big 8 (I’m old, look it up) came calling. God intervenes. A community college coach who had been recruiting in Wichita stopped in Oxford simply because he drove through on his way home. I had never heard of community college football.

In August of 1988 I found myself in camp with 150 other players competing for spots on a 45-man roster. Look right, look left, two out of three of you will be gone in two weeks. I prayed “God, please let them see me. I’ll do the rest and accept the outcome.”

I made the roster. Miraculously, I was the starting free safety (defensive back). I played two seasons. God intervenes. Again, against all odds, I was signed by Temple University. Again, I was a two year starter.

I wasn’t at Temple just to play football, though. God put me there to study mechanical engineering and meet my wife. She was a pretty girl, but she was so much more. She challenged me. She was smart and strong-willed and stubborn. Against all odds, she chose me.

After graduation, I was uncertain about what to do next. I had achieved all my life goals, at 23. Now what? I imagined that I would craft the simple life I had imagined as a senior in high school.

I tried. And was denied at every turn. It felt like failure (I was fired from my first engineering job), but God was directing me in his relentless patient way.

God’s path led to Gainesville, FL and graduate school. I was to be a university professor and it scared me witless. At the point that I completed my PhD, I was so fearful that I developed Grave’s disease. It’s an autoimmune disorder that causes hyperthyroidism and, quite frankly, had me convinced I was dying. Christine was pregnant with our son. I lost 50 pounds in six months (over the same time frame that she gained about the same amount – oh the irony). My hair was falling out. I had sleep apnea. My heart raced, all the time. Five years later I drank the radioactive iodine and started Synthroid. Problem solved.

Turn after turn. Closed door to open door, God has faithfully provided for me. He’s given me more than I could have imagined and rescued me when I’ve fallen. And, oh man, I’ve had some spectacular, garage-sale-everything-must-go falls. God remained. He healed. He loved. He is faithful.

May I encourage you? Perhaps your path has not followed the route you mapped. Maybe you can’t see over the next hill from your position in the valley. Have you crested a hill and fear the next stage? Did you blow it? Have you suffered loss due to your own silly mistakes?

I don’t care what circumstance you are facing. Good or bad. I know this for certain. God has a plan. He loves you. He will never leave you. God’s interruptions are good. God is good. Forward!