By the age of 14 I had a concrete, if unrealistic, dream. I wanted to play Division I (now FBS) football. Let me rephrase that. I HAD to play. I was consumed with desire.

Desire was about all I had, though.

What I did was what I could. I prayed and I worked. I made a promise to myself. I vowed that I would do something every day to help fulfill my dream.

I did. Every. Single. Day. Four straight years. Hot. Cold. Rain. Shine. By the end of my freshman year I had a key to the gym because I showed up every morning at 6:30 am to lift. By myself. In the summers I climbed the fence to the locked football stadium/cinder track (you may need to look that one up, cinder tracks have gone the way of the 8-track and rotary dial phone — imagine super sharp gravel) so I could run. I worked all day on a farm, so I’d go to the track in the dark. I’d run the home side straightaway, do push-ups on the curve, run the next straightaway, do pull-ups on the visitor side, and repeat. It’s called interval training now. I called it passion. 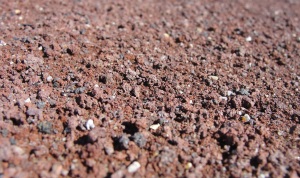 In short, I pursued.

What have you pursued? What has driven you to a singular focus and limitless energy and effort? What were the results?

In the end, I played football at Temple University in Philadelphia. I got there through doors that God opened. I met my beautiful wife at TU. She taught me how to love. I met my lifelong best friend on that journey. He taught me how to live. Blessing upon blessing. The truth is, though, that my dream was not guaranteed. Pursuit of this world often leads to heartache, disappointment, and disillusionment.

Since Temple, I’ve pursued other ends. Some good. Some bad. None fulfilled me.

But you, man of God, flee from all this, and pursue righteousness, godliness, faith, love, endurance and gentleness. (1 Timothy 6:11)

I’ve finally decided to direct that singular effort toward pursuing God. More specifically, a deeper relationship with God. I want to know and love him fully. Every. Single. Day.

This is our only pursuit that comes with a promise. It will not fail.

Deuteronomy 4:29 says (this is from Moses’ farewell address to the Israelites before they entered Canaan under Joshua’s leadership):

David tells us in Psalm 34 that:

4 I sought the Lord, and he answered me;
he delivered me from all my fears.
5 Those who look to him are radiant;
their faces are never covered with shame.
6 This poor man called, and the Lord heard him;
he saved him out of all his troubles.

May I encourage you? Whatever you are pursuing, replace it with God. You are guaranteed to reach your goal. You will not miss out on the rest.

But seek first his kingdom and his righteousness, and all these things will be given to you as well. (Matthew 6:33)